The storyverse my novel takes place in started out as a world building exercise last year. I wanted to create an interesting system with a few habitable planets, an asteroid belt with a couple of space stations and a big old ship that housed the entire government, which traveled from one orbit to another.

And so Elyon, Forma, Alith and The Reach came to be. It was a pretty basic concept really, one was a big, shiny Earth-like planet where all the cool people lived. One was a massive toxic jungle world where you had to live inside big domes to survive longer than a few weeks. And the last was just a big, dust covered rock not good for much more than mining.

I didn’t have much insight into how well all these worlds played together – though Elyon was certainly the ‘homeworld’ and as such had the upper hand politically. At one point there was alien life – and then a few chapters in there wasn’t anymore. I’ve already talked a little about how much my main characters changed in the first week and they’ve continued to do so for the last two as well. But they’ve both become a hell of a lot more interesting. Garrett especially. I relied far more on Reid in the beginning because I felt I knew so much more about him, but after having written Garrett’s prologue (which turned out to be a weird mix of Stephen King’s Gunslinger, Hell on Wheels and Blade Runner) he’s really come into his own now too. 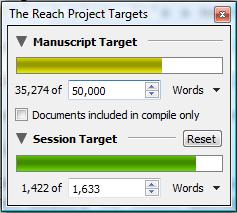 And I’m pleased to say, that with a little over a week left of the month, my word count is over 35k, meaning that if I keep it up I’ll have the full 50,000 words by months end! I’ve been half heartedly participating in these NaNoWriMo challenges for years without ever coming close to that count. I almost can’t believe I’ve come this far, and I don’t want to jinx it, but I’m pretty confident about this story now. Fingers crossed!

I’m still not sure where exactly this story is going to end up. It’s bigger than that 50k word count, I do know that (Reid hasn’t even figured out he was duped into becoming a prisoner yet), so while I might come away from Camp having completed the challenge I set myself, I still won’t have a finished novel.

That’s okay though, I’m still proud I’ve come even this far (and as a panster too, gosh!).

Below is a piece I used for inspiration when writing about Garrett’s life on Alith before he ended up as a prisoner on The Reach. In my mind, the industrial city the action takes place in is much larger than this and mostly destroyed (if you’ve read my previous post called The Past, you’ll know why) but the tone of the piece fit beautifully. 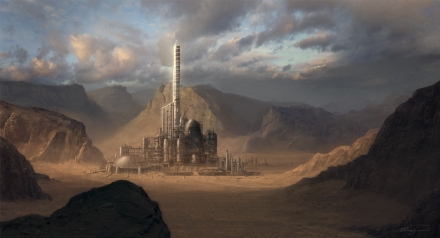 Anyway, to everyone else still truckin, I’m right there with you. Let me know how you’re getting on in the comments. And I wish you the best of luck for our final week. See you at the finish line! :D